Leitmotif for the creation of the logo of the “Great Tournament of Tenors” was a rose, which was to symbolize the method of announcing the winner of the tournament, which consists of them being given a rose.

The symbol of the rose creates an acronym – the first letters of the abbreviation of the “Great Tournament of Tenors”, i.e. “WTT” [Wielki Turniej Tenorów]. The center of the logo, which is formed by the letters “TT” is of a dynamic character, which is intended to symbolize competition between the tenors participating in the tournament. 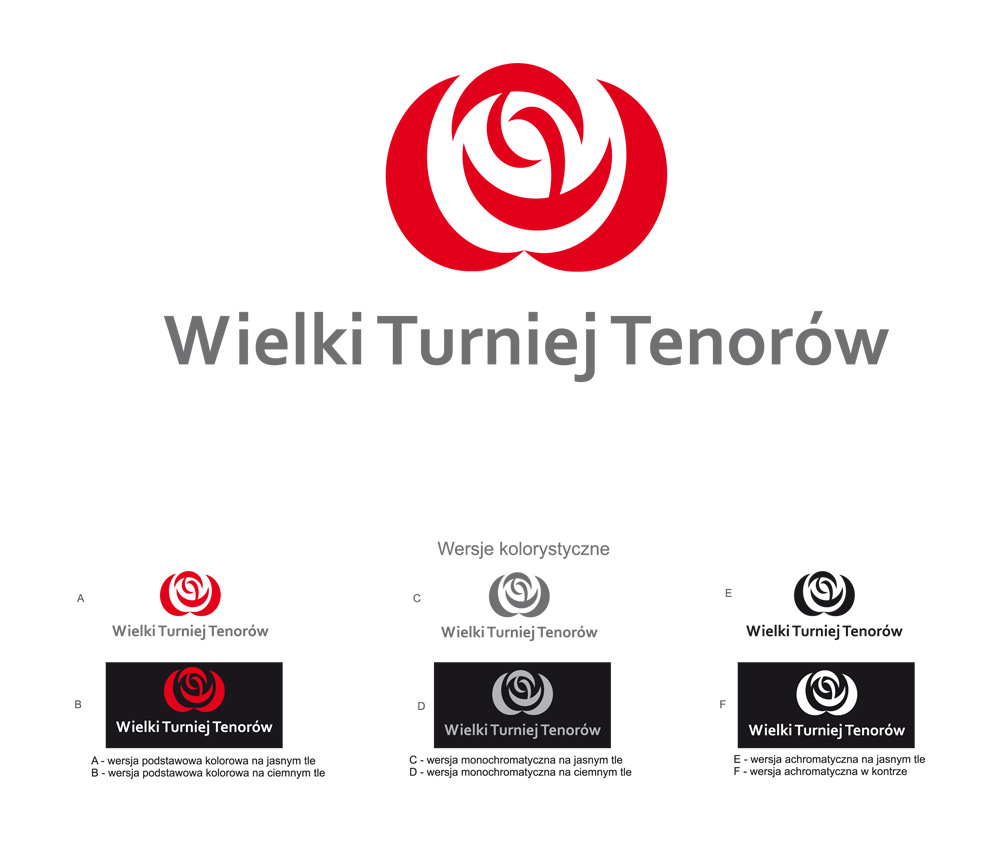